The new light-weight series is based on the NOVA family of rugged inrunner BLDC motors and was specifically designed for weight sensitive applications, such as airborne uncrewed systems. The new series is significantly lighter than the regular NOVA series, while offering the same rugged design.

The new light-weight series was first released with the “NOVA 15-20 LW”, which has up to 8 kW of peak shaft power, up to 12 Nm of peak torque and up to 300 N of peak thrust (30×10” prop). Plettenberg plans rolling out the light-weight series to all other motors of the NOVA family. 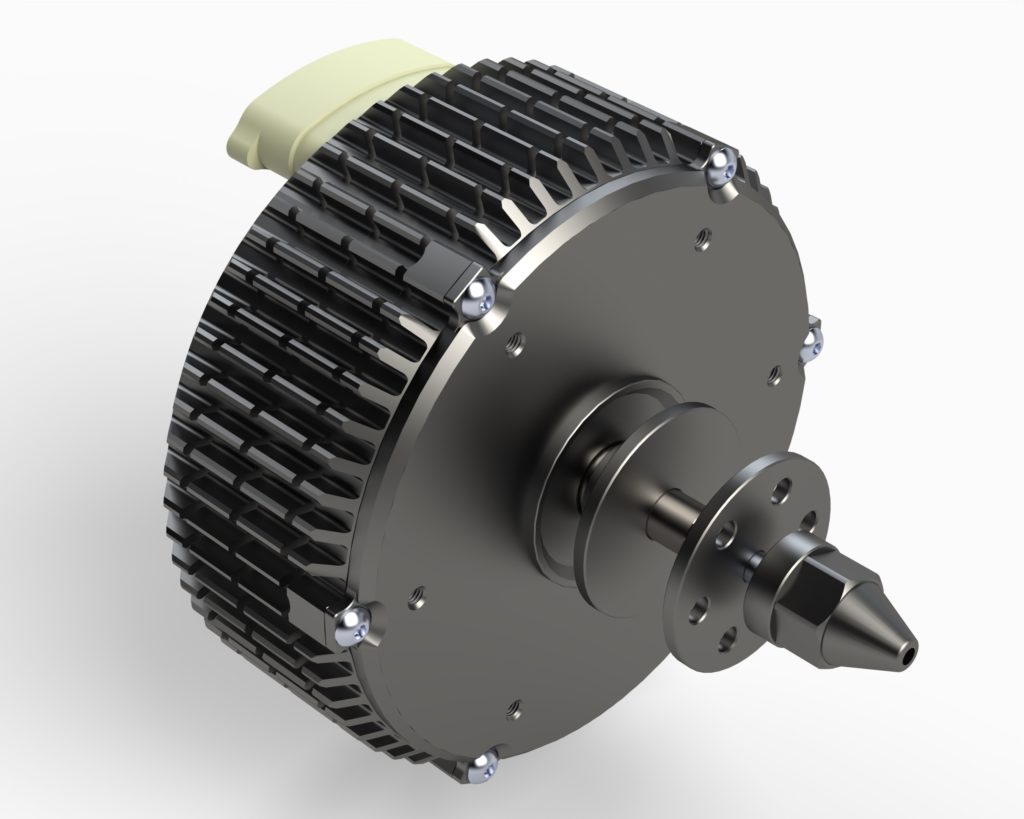 The engineering team at Plettenberg completed a comprehensive re-design of the entire motor. The housing was revised, with lighter casing and shaft, new cooling fin design as well as optionality for rear or front mounting. In addition, lighter and more efficient bearings as well as a new integrated prop coupling system specifically for UAV applications has been added. The new motor is available with different sensor types.

The weight of the motor incl. prop coupling is 1,440 grams, which equates to a saving of up to 15% vs. the standard version.

Like the regular NOVA series, the new series can be tailored to the specific load profile of the customer. Possible changes include housing and shaft design, number of poles, winding, cooling, sensors, etc. The NOVA light-weight series comes with ingress protection of 54 as standard. 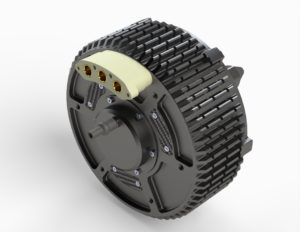 “Plettenberg has long been a leader in building robust drive solutions with very favorable power-to-weight ratios,” said Plettenberg CEO Bastian Greiner. “With our new light-weight series we set a new standard for rugged inrunner BLDC motors. We designed this new series specifically for our customers in the uncrewed systems market, which are looking to apply the motor in harsh environments but need to save every gram of weight to maximize endurance.”

We at Plettenberg design, develop and manufacture customized drive solutions for your application.

We use cookies on our website to give you the most relevant experience by remembering your preferences and repeat visits. By clicking “Accept All”, you consent to the use of ALL the cookies. However, you may visit "Cookie Settings" to provide a controlled consent.
Cookie SettingsAccept All
Manage consent

This website uses cookies to improve your experience while you navigate through the website. Out of these, the cookies that are categorized as necessary are stored on your browser as they are essential for the working of basic functionalities of the website. We also use third-party cookies that help us analyze and understand how you use this website. These cookies will be stored in your browser only with your consent. You also have the option to opt-out of these cookies. But opting out of some of these cookies may affect your browsing experience.
Necessary Always Enabled
Necessary cookies are absolutely essential for the website to function properly. These cookies ensure basic functionalities and security features of the website, anonymously.
Functional
Functional cookies help to perform certain functionalities like sharing the content of the website on social media platforms, collect feedbacks, and other third-party features.
Performance
Performance cookies are used to understand and analyze the key performance indexes of the website which helps in delivering a better user experience for the visitors.
Analytics
Analytical cookies are used to understand how visitors interact with the website. These cookies help provide information on metrics the number of visitors, bounce rate, traffic source, etc.
Advertisement
Advertisement cookies are used to provide visitors with relevant ads and marketing campaigns. These cookies track visitors across websites and collect information to provide customized ads.
Others
Other uncategorized cookies are those that are being analyzed and have not been classified into a category as yet.
SAVE & ACCEPT